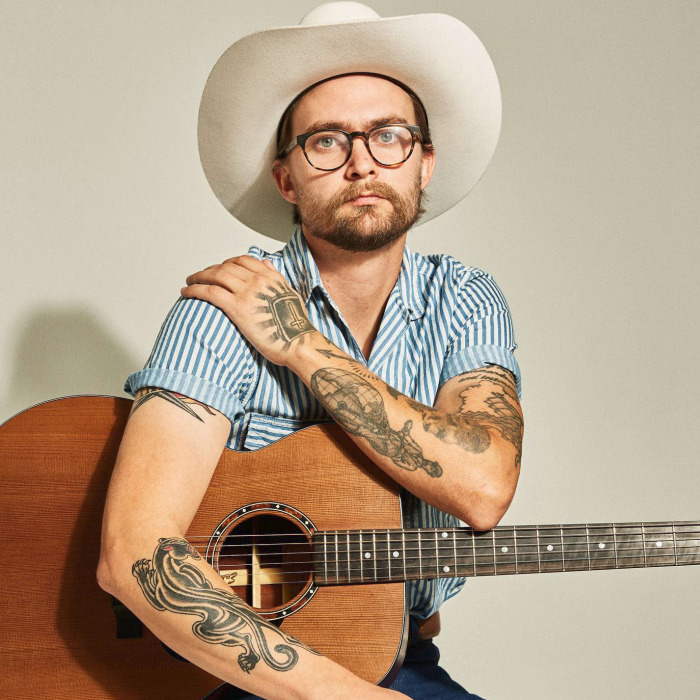 Steven Denmark doesn’t get much rest these days. Between his day—and night—job as a cattle rancher in Northern California, his life as a husband and father of three, and his career as a brilliant roots/Americana singer-songwriter, Denmark simply doesn’t have much down time. It’s fitting, then, that Denmark’s new singles, “Only Home I Need” and “Crazy Over You” were created in less than five hours from start to finish. “It was the fastest process ever,” says Denmark. “I think if you sit on a song for too long or keep reworking it, you can change it over and over into something else. I really like the idea that a song is just a snapshot of that moment, a photograph of who was in the room and what we were feeling that day.”

Despite his busy home life, Denmark has steadily been building up his reputation in the Americana world since he embarked on his solo career in 2016. In that time he has released an LP, 2017’s Cold Wind, as well as 2021’s Babylon EP, produced by Beau Bedford (Delta Spirit, Ruby Boots, The Texas Gentlemen), and a handful of other singles. His authentic-yet-original style of rootsy Americana has enraptured audiences and allowed Denmark to share bills with numerous acts including Lynyrd Skynyrd, Nikki Lane, Sam Outlaw, Susto, Kody West and many more. Now, Denmark is set to embark on a new chapter of his career as he prepares his sophomore LP, and “Only Home I Need” and “Crazy Over You” serve as the epilogue to the first phase of his solo arc. “These are two songs that I felt didn’t really fit with the new album that I’m working on, but I really like them and wanted them to have their own place,” says Denmark. “I’ve been really figuring out who I am as an artist, and these are the last of the songs where I was just experimenting with different genres and styles to see how they felt.”

“Only Home I Need” opens with brief atmospheric keys before Denmark’s emotive vocals propel the track forward, ushering in layers of sparse guitars, quietly thumping percussion, and reverb-washed pedal steel as Denmark chronicles the lifespan of a romantic relationship from its wanderlust-fueled beginnings to the unavoidable reality of mortality. “My wife and I have been married for nine years, so she’s been dragged along on this dream of making music my whole life, and with that comes some ups and downs,” says Denmark. “But for us, that journey of living out our lives together is all that has mattered to us. We’re going to live our lives day-to-day and whatever comes our way will happen and we’ll be in it together and be thankful for it.”

Meanwhile, “Crazy Over You” finds Denmark picking up the pace, channeling shades of his background in punk music into an upbeat, fuzzed-out roots-rock track that came to life in roughly the length of the song itself. “I feel like the songs that I write, or at least the good ones, are the ones that come to me quickly,” says Denmark. “Lyrically, I always liked the idea of leaving things to the imagination, but I think I did it too much. With these songs, I deliberately sat down and tried to write in a way that was more immediate, I wanted to push myself out of my comfort zone a little and try writing songs that were a little more straight forward.”

If immediacy is a staple in Denmark’s music, it acts as a counterbalance to his zen-like approach to his career and long-term goals. “I once heard somebody say that becoming successful—or whatever your version of ‘making it’ is—for that to happen, is a complete miracle, and all you can do is make yourself available for that miracle every day. So if I’m doing everything I can to make myself available for that miracle, I’ve done the best I can do.”